Keeping your dog(s) contained in your yard is a necessity. You don’t want him out terrorizing the neighborhood by tipping over garbage cans, digging holes, and pestering the neighbors cats. He also needs to be where you can see him and monitor his behavior at all times. This will keep him safe and give you the peace of mind that he is protected from the vehicles speeding down your street.

When most people think of dog fences, they think of the large eye sores that take away from the aesthetics of your yard. Some fences are not the most aesthetically pleasing, but there are many other options that look very attractive, and there are also alternatives that cannot be seen as well.

Dog fences come in many forms, but as the owner, only you really and truly know if your dog needs one. Not all dogs require fences for safety, but they’re never a bad idea if your dog shows an inability to stay in one area without darting off. In this article, we’ll discuss when dog fences are an absolute necessity and how to choose one.

When Dog Fences Are Absolutely Necessary

My family owns an Australian Shepherd named Walter. One Easter morning, while the ham was in the oven and the food was being prepared, Walter decided he was unable to sit and wait for mealtime. Today was clearly some sort of big event, and in his excitement, he ran into the kitchen, stole an entire loaf of bread, and then ran out the screen door with it. My mother made both of my brothers chase Walter, who put on an extra burst of holiday speed. The loaf of bread was discarded about thirty yards from the house, but Walter had bolted into the woods. My brothers couldn’t find him — Walter had beaten them back to the house with two very dead, very bloody squirrels in his mouth. He dragged the squirrels across the freshly mopped linoleum and deposited them at my mother’s feet.

Walter’s penchant for ruining holidays is well known, this one having been no exception. We didn’t have a fence then, so he was able to shoot straight into the woods and kill two unsuspecting squirrels.

Walter is a perfect example of a dog who needs a fence. We put up a polypropylene mesh fence, which was hard to see and so as not to be an eyesore, around the woods and the other places that Walter liked to retreat to when he didn’t want to take a bath. It kept him much safer.

Dog fences are a necessity if your dog is hyperactive or doesn’t respond to recall commands. You may think of a fence as a way of limiting his mobility, and that’s true. But having a dog fence also prevents tragedies. Cars, hunters, other dogs, wild animals — a myriad of issues can arise from allowing your dog to run wild without boundaries.

You never know when something may entice him or scare him, and a fence offers an extra layer of protection. It provides structure and order to even the most rambunctious dog’s behavior. Not only that, but it will give you the peace of mind of knowing that your pet is always protected from the dangers of the world outside your yard.

When it comes to fences, there’s no one-size-fits-all category. There are a lot of choices and ways to implement them. You can use a polypropylene mesh fence like I did, a static or non-electric fence, a collar that emits a smell dogs don’t like, or behavioral training. How to enforce boundaries

A polypropylene mesh fence is practical for people who live in a rural or suburban area with a lot of space or a large population of wild animals. Not only does it protect your dog by keeping him in, it keeps out animals such as deer, raccoons, and other nuisances.

The fence is durable and nearly invisible. These are great option if you live in a housing development and your homeowners association doesn’t allow visible fencing. The Tenax Corporation offers a great polypropylene mesh fence in its Pet & Wildlife section of DIY, Pet & Garden. If you have a larger dog, make sure the fence is high enough to prevent him from jumping over it.

In-ground fences and wireless fences emit static or a high-pitched tone (or both) to your dog’s collar that prohibit him from crossing the boundaries you chose. If your dog attempts to cross the boundary line, he’ll receive static or a correctional tone through his collar that will deter him. Your dog will quickly learn his limits, preventing him from running off and perhaps being harmed.

In-ground fences, such as the DOGTEK EF-4000, need a trench for the wire, which can be dug with a hand trowel or small shovel. Wireless fences don’t need a trench. They usually operate from a central point and emit a signal in a radial shape that creates an invisible boundary.

A different sort of fence uses citronella to discourage your dog from crossing the boundaries. When he tries to go further than his boundary, a sensor on his collar emits a burst of citronella, a plant-based scent commonly found in candles and topical bug sprays. Citronella doesn’t harm dogs, but they really dislike the scent. This collar works as a deterrent. Behavioral training is important as well, especially recall training, which allows you to call your dog back when he runs away. When using this training, make sure to reward your dog’s return with positive reinforcement so he’ll always want to come home.

Behavioral training can be a substitute for a fence. But if it isn’t working or is working too slowly, you need to take extra precautions to make sure your dog doesn’t run away. If you have a dog that is hyperactive, wild, or just tends to wander off, you might need to install a fence temporarily until the training takes effect to make sure there is a buffer zone for your dog’s safety.

Safety is the first priority

Regardless of the type of enforcement you choose, know that you’re keeping your dog safe. If a bulky, visible fence is the best option for your Fido, then that is what you will have to do. Wireless containment systems may work too, but be sure to do a lot of research before selecting one.

When not used properly electronic systems can cause harm to your dog. I understand that citronella collars will not deter all dogs, but they are worth trying before saddling your dog with a collar that is going to shock him. Think about your pet, his needs, his behavior, and the quality of life that you want for him before making your fencing decision. A wooden fence may not be your first choice, but it may be what your dog needs.

Back to Previous Page
Back to News & Events 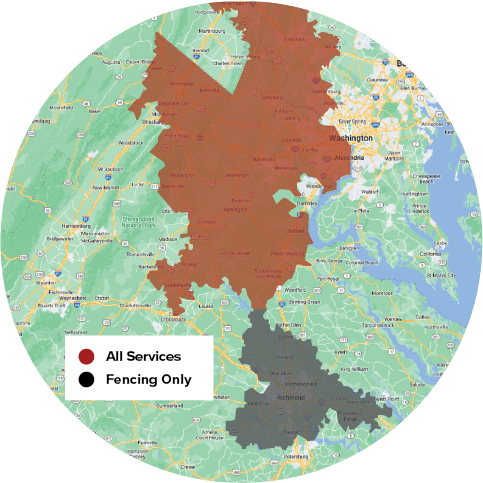